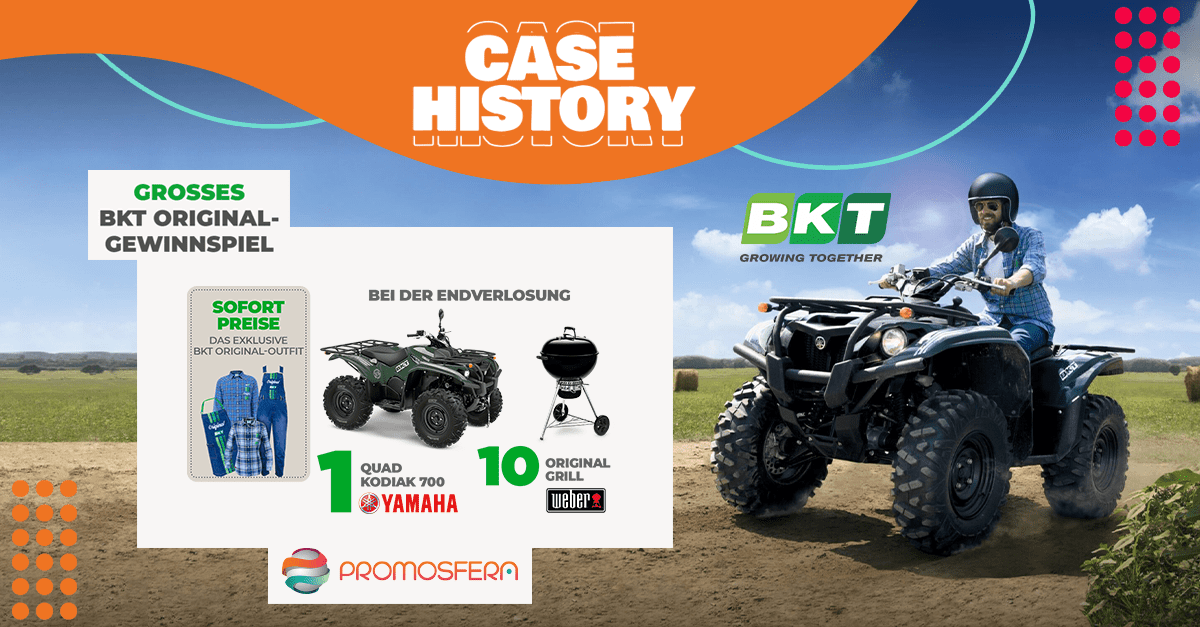 To promote its brand and encourage sales of its products, BKT organised a prize-draw and -competition for consumers in Germany, Austria, Switzerland, Belgium, Luxembourg, the Netherlands, the Czech Republic and Slovakia.

The project was created by the communications agency Welcome ADV with the support of Promosfera.

Participation in the prize-draw and -competition was aimed at all those who, from 15  March 2022 to 30 September 2022, purchased at least one pair of tyres among the models promoted of the Agriculture radial lines with AGRIMAX and BKT radial flotation sub-brands at a dealer.

The rules are not the same for everyone

As we have seen on several occasions, every country in the world has its own rules on prize-draws and -competitions and not all mechanisms are allowed everywhere.

For its prize-draw and -competition, BKT allowed two different ways of identifying the winners in order to comply with the regulations in force in the different countries involved.

In Germany, Austria, Switzerland, the Netherlands and Slovakia, there will be a final draw that identifies the winner of a Yamaha Kodiak 700 Quad Bike and the 10 winners who will receive the Weber Original Kettle Charcoal BBQs.

In Belgium, Luxembourg and the Czech Republic, on the other hand, participants were asked to upload, onto the mini-site dedicated to the event, a photograph that best represented their passion and the beauty of their work.
The choice of the winning photos will be made by a Jury.
In this case too, the winner of a Yamaha Quad Bike will be identified and the 10 winners who will receive the Barbecues.

In Belgium, draw or competition decided by chance are forbidden, in Luxembourg they are only allowed if participation is free. In the Netherlands, however, they are allowed but the law places limits on the prize pool in play.

Knowing the national regulations of the various countries that you want to involve, and therefore which mechanisms are legal, is essential to be able to organise your competition.

The differences between the regulations of one country and another affect all aspects of a draw or competition: from which body is responsible, to who should be paying the taxes on prizes and what information you must include in the regulations to what prizes you can put in play, each country has its own ways.

For this reason, when you decide to organise a prize-draw or -contest abroad, it is very important to choose to do so with the support of a specialised agency that can guide you in making the best choices in the design phase and that is able to manage all the operations and the bureaucracy necessary, according to the national regulations in force.

To learn more and to organise your prize-draw or -competition abroad, contact us! 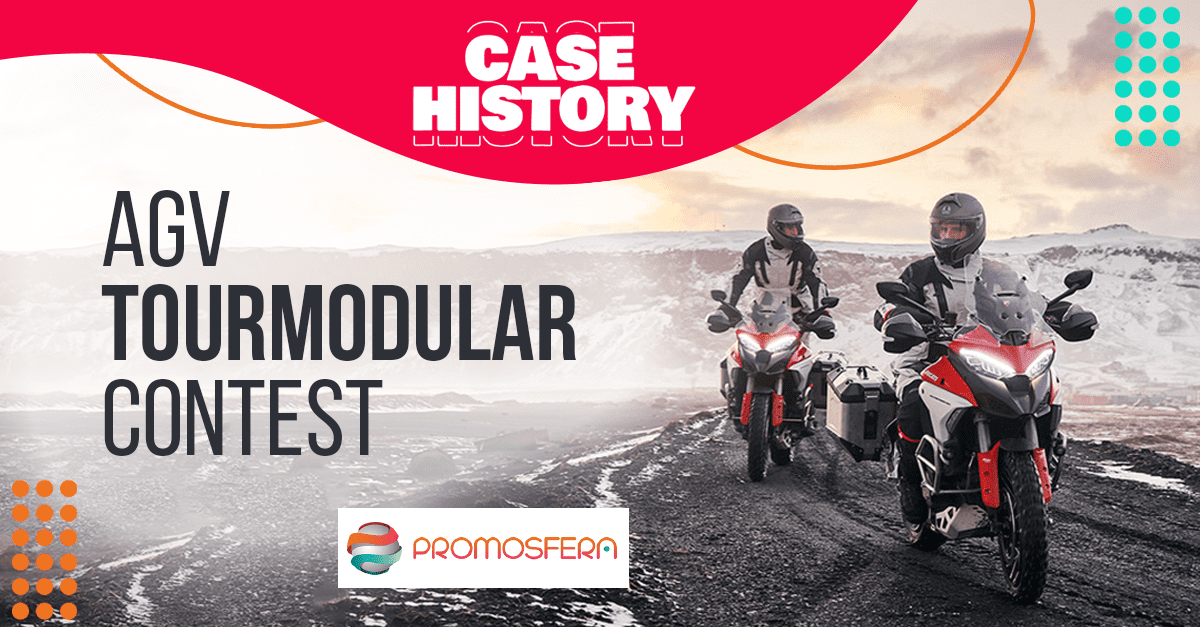 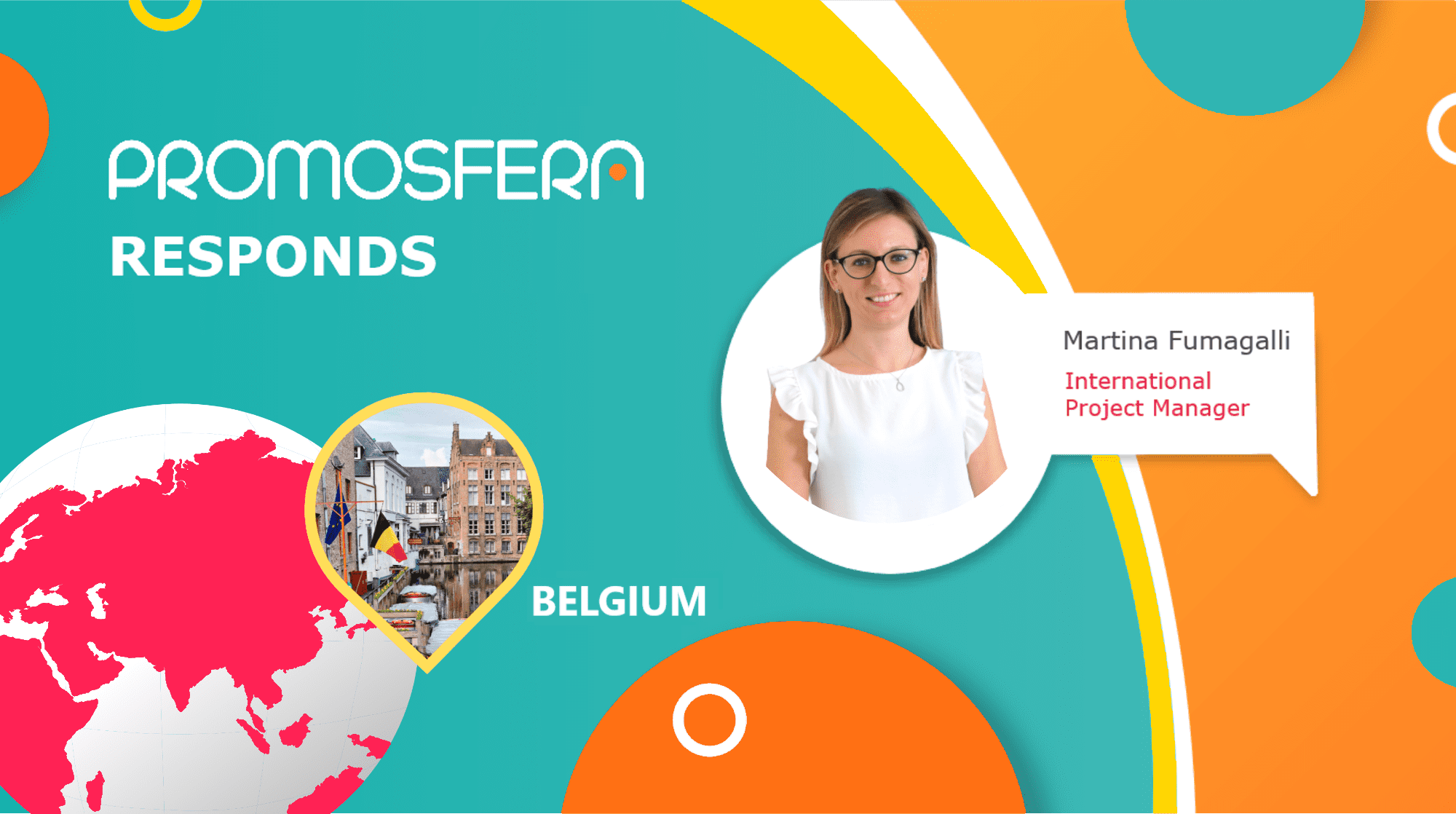 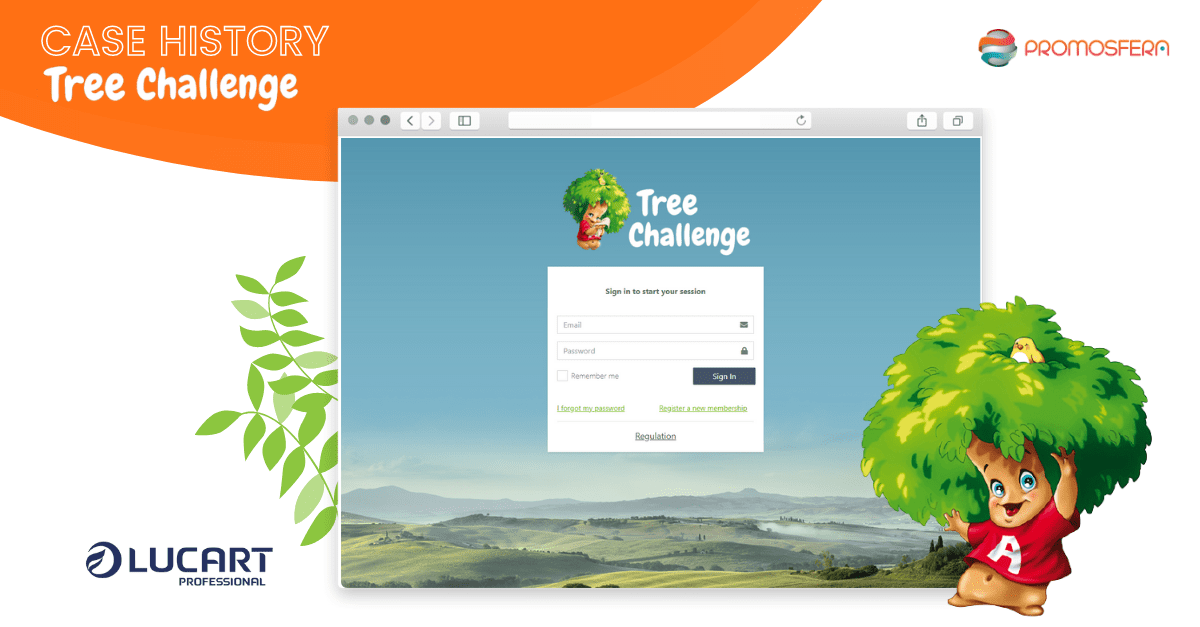